Been looking forward to this album since I 1st heard of it. Severence makes beautiful sounds with his modular. One side of this album contains tracks based on patches using the Sloth chaos. It is rare a modular synth user actually gets an album out, let alone on vinyl......
Check it out HERE

PCBs - US$20
Panels - US$25
shipping by regular airmail - US$5 per order
shipping by registered post - US$15 per order
It takes 1-4 gate signals and converts them into a 4 bit number, the corresponding output goes high. It means you can mix clock signals to get complex timing structures and patterns. There is also an overall sync input. 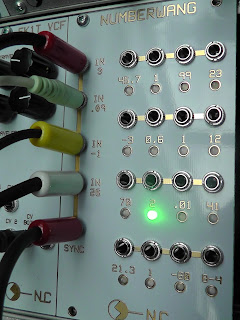 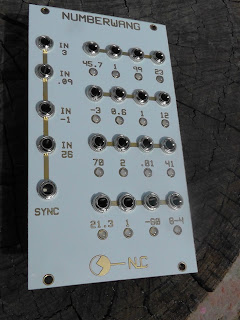 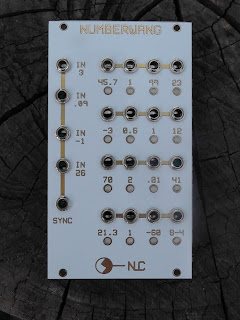 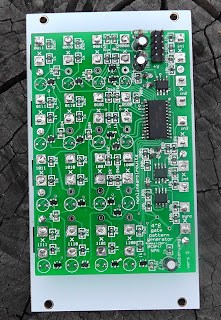 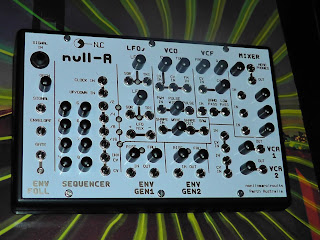 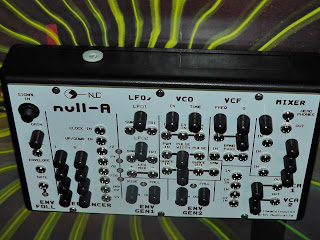 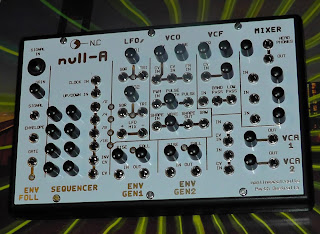 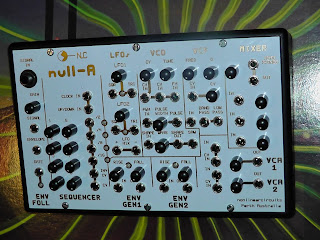 Anyone know what record cover is used for the background?

These arrived today. Would start building one but it is 40 degrees C outside, meaning 45+ in the shed. At least they fit on the case nicely.

A lot of these circuits are based on previous NLC modules; VCO is from the 4U VCO panel but trimmed down a lot (core is from the EN Mikulic design), it retains the sawtooth processora nd PWM. VCF is the Serious Filter (ARP4023), VCAs are from the Matrix Mixer, EGs are from the Triad, LFOs are from the dual LFO with Difference Rectifier, Sequencer is an 8 stage version of the 4Seq, Mixer is same as the Mixer/headphone amp, the Envelope Follower is based on the Buchla music Easel design with a gain pot rather than a hi/lo switch. 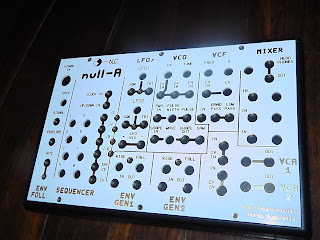 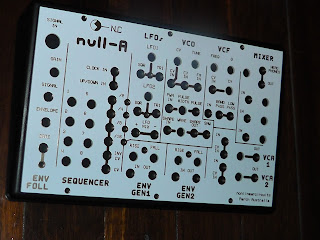 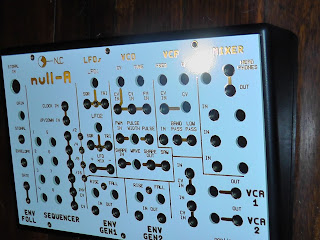 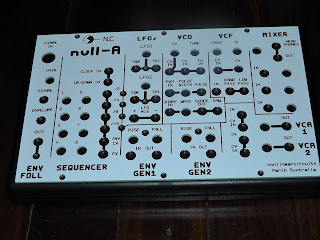 Can't believe nobody has released a drum module called DOOF yet....wtf?
Anyway, its not another 808/909 clone.
The topology is common enough in many drum synths: Trigger circuit, envelope follower, VCO VCA, but the actual sub-circuits are slimmed down versions of the dual OTA VCO and VCA from the Matrix Mixer.
Very wide ranging and shape control squares up the waveshape to get a nice raspy rattle to the sounds. will get a demo up soon.

Just the module everybody has been waiting for! A squid brain cell simulator!

The Squid Axon is a circuit based on the Hodgkin-Huxley equation describing the chaotic behaviour observed in giant squid axons. The inspiration for the module came from a 2003 paper by T. Matsuzaki & M. Nakagawa, titled 'A Bipolar Logistic Chaos Neuron and Its Hardware Implementation'.

Basically it is a four stage analog shift register with two feedback paths, one nonlinear and one linear (I do try to walk the line). If you turn the feedback paths down to zero, you get a regular ASR. Turn up the feedback to get more complex and staggered patterns from the 4 CV outputs. It will happily run at audio rates as well. 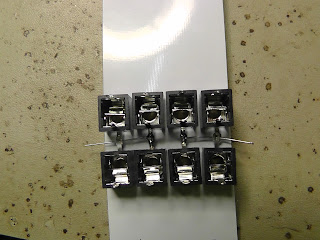 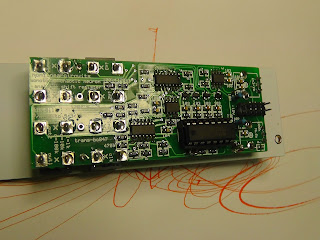 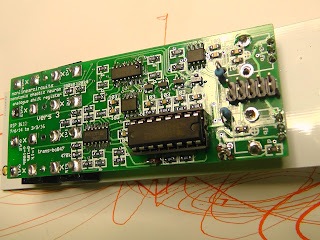 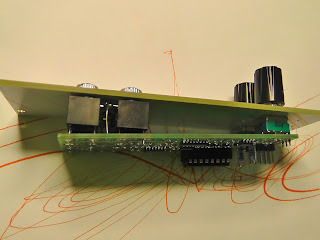 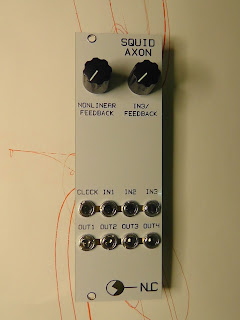 These two pictures show the 4 outputs as a tri-wave is sampled and shifted thru: 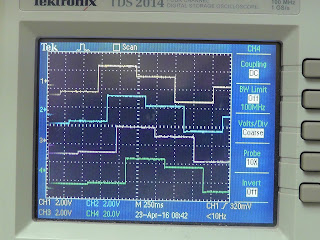 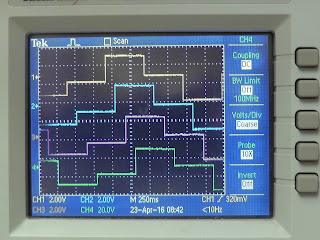 This is 3 modules in one, function depends upon which input you use. A frequency tracker for generating chords, based on the concepts presented by Don Lancaster in the CMOS Cookbook. A VC controlled gate generator, which functions something like a roulette wheel. Also, a 12 stage divider, which divides the incoming signal frequency down to /4096. This can be used as a sub-oscillator or to generate gates that are perfectly sync'd with your audio signal.

When used as a 12 stage divider, you can still use the PLL outputs and control the PLL VCO as a separate module, generating audio and CV signals. 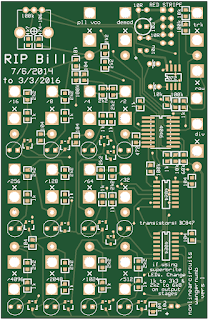