This is a re-boot of the bindubba3 sequencer which was originally released in March 2010, tho there have been a few changes since that version. The bindubba3 has no software or microprocessors on board, it is all CMOS, op amps and vactrols.
It is designed to be used with the Divide & Conquer.

This sequencer has 6 inputs to control the stepping. Two clock inputs control the count in horizontal and vertical directions. The two jump inputs send the next step somewhere else that depends on the 2^2 and 2^3 counts of the chips of both step directions......ie somewhat uncontrollable but it enables more complex patterns to be created. The two direction inputs change the direction of the count. 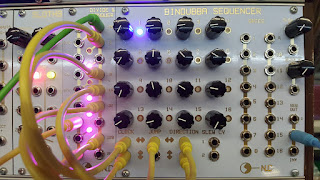 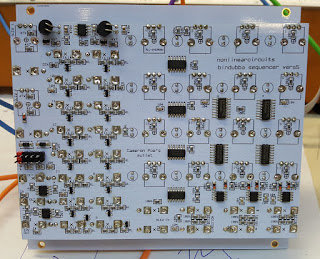 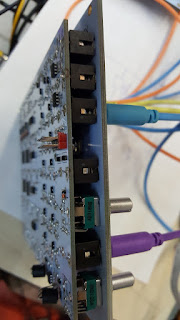 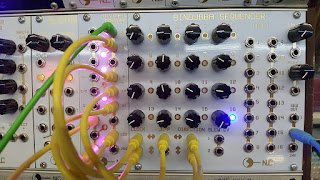 Limited edition black panels. I had a few of these made as a special request. Be quick. sold out 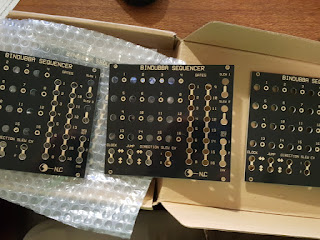 This buss is designed for use with the small PSU board.
It has 10 connectors, space for decoupling caps, LEDs, 8 mounting holes and spade mounts. It has connections at both ends so that it can be daisy chained. The PCB is 2mm thick to reduce flex when plugging/unplugging. 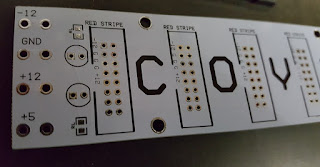